The Decree of the Italian Ministry of Health No. 279 issued on May 18, 2001 (DM 279/01), on rare diseases,
provides specific protections and care services (exemption from payment of the specific drugs and
diagnostic examinations, centers of reference for the care, specific protocols for the diagnosis, the therapy
and the assistance …) for the patients affected by the rare diseases included in the official National List of
Acknowledged Rare Diseases, exempted by the National Health Service by assigning them an EXEMPTION
CODE. That List is contained in Annex 1 of the Decree itself, and since 2001 has never been updated.

Since 2001, many patients and patient associations in Italy have repeatedly sent to the Ministry of Health
their requests for the acknowledgment of several new rare diseases, emerged thanks both to the progress
of scientific and medical knowledge and to the increased awareness of the affected patients about their
rights to a specific and adequate care. Unfortunately all these requests of acknowledgment have never
been accepted.

Meanwhile, the competence of the health interventions for Rare Diseases passed from the National
Government to the Regional Governments (Regions), which have implemented the DM 279/01 at first, thus
setting up and granting all the care services and protections provided by the Decree only to patients
suffering from the exempted rare diseases included in the Annex 1. Only a few Regions, sensitive to the
discomfort suffered by many patients in their territories, due to the non-acknowledgment of their rare
diseases, exempted further rare diseases on their own, in addition to those included in the Annex 1 of the
DM 279/01, by assigning them a Regional Exemption Code.

Consequently, in Italy all these very different situations are currently present: - patients with rare diseases
acknowledged and exempted at the national level in 2001 (i.e. included in Annex 1 of the DM 279/01), that
benefit of the all the protections provided by the Decree over all the Italian territory; - patients with rare
diseases that are not included in the Annex 1 of the Decree, but acknowledged and exempted by some
Regions, that benefit - only in those Regions – of the protections provided by the Decree; - patients with
scientifically identified and repeatedly reported rare diseases, but not exempted either at the national or
regional level, that therefore do not have access at all to any protections or any specific care services in any
part of the Italian territory.

We are a group of Italian citizens belonging to several groups and associations involved in rare diseases. We
suffer from rare diseases that are not officially acknowledged in Italy, namely diseases that are not included
in Annex 1 of the Ministerial Decree 279/2001 and do not have their own Exemption Code. Therefore we
are “unacknowledged patients” and do not have access to any of the protections and care services
provided by the Decree.

The majority of these non- acknowledged rare diseases are debilitating, incurable, causing severe pain, with
chronic, long-term and multifactorial disability. All these effects of the rare diseases by which we are
affected reduce the level of our global functioning and of our personal autonomy, thus severely
compromising the quality of life on both the physical and psychological areas and limiting the social
relations both for us patients and our families.

In addition to the discomfort due to the disease itself, we non-acknowledged patients suffer also for the
gruelling slowness of the diagnostic procedure, due to the absence of validated and shared diagnostic
protocols, which forces us to a devastating diagnostic nomadism. Since our rare diseases are not
acknowledged and exempted, the clinical follow-up care and the treatment are often inappropriate and
lacking a correct overview. Therefore, the correct diagnosis takes years, sometimes decades, during which
the health system, lacking the correct knowledge of our non-acknowledged rare diseases, tends primarily
to blame us patients for being "out of scheme", placing us in a condition of psychological subjection
through the attribution of our symptoms either to causes of psychosomatic origin, or to different wrong
diagnoses. In addition to the harm caused to us patients, all this non-virtuous processes greatly increase
the global costs for the public Health System.

Moreover, in the absence of an acknowledgment and exemption, the Centers of Reference for these rare
diseases are lacking, which makes impossible for us patients to be adequately taken in charge and
monitored: in every “place of health" the non-acknowledged rare patients are misplaced, always a little
'illegal’, and often dismissed with the usual chorus of medical experts blaming them not to be “compliant”
with their professional expertise. Consequently, the "non- acknowledged patients" are not integrated into a
correct treatment plan, do not have access to specific drugs or devices, and almost all the few drugs that
can be borrowed from other more diffused diseases must be totally paid by the patients. Therefore it
happens that the quality of life and care for a patient depends on his own personal financial resources,
which violates the right to health, enshrined as universal and indivisible.

Patients with non-acknowledged rare diseases also suffer discrimination regarding the assistance services,
the relations at workplace and in any other social context, as there is a lack of the protections and rights
normally provided for people with acknowledged rare diseases. If school age, these patients do not get the
appropriate level of personal teaching and psycho-educational assistance.

Finally, because of the implications inherent in the disease itself, and/or because the disease is not
promptly diagnosed, treated and/or monitored, often a multi-disease situation develops along the years,
which certainly aggravates the initial condition, or a higher and higher and permanent level of disability.

The lack of awareness and of acknowledgment and exemption of a large number of rare diseases also
prevents the adequate training of health professional workers, with an inevitable negative impact on the
quality of the patient care and on the overall costs of the health system.

The lack of acknowledgment and exemption also restricts the possibility to receive public funding for the
research on these diseases.

The situation of the patients with rare diseases not acknowledged in Italy is so critical, that some Regions
have decided to expand their Regional Lists of acknowledged Rare Diseases, adding more diseases than
those acknowledged nationally by the Ministerial Decree 279/01 . This is certainly laudable, but widens the
discrimination gap even more, because patients affected by the same disease receive care and protections
in some Regions and not in others.

Recently the National Committee "Rights Not Charity for the Rare Patients", created with the aim to
identify and implement common initiatives to claim for the acknowledgment of all the Rare Diseases, has
sent a Letter to the Regions with the request of acknowledgment and exemption on a regional basis for all
the many rare diseases that have long been reported nationally. This Letter obtained the support of 6400
patients.

and had a good media success:

At the moment, however, we did not get a meaningful reply either by the regional governments or by the
Ministry of Health.

We believe that every patient, whether or not affected by a rare disease, should be properly taken in
charge. And if the disease by which the patient is affected is not yet acknowledged and exempted, this
should not constitute a discrimination as regards the level of the received care. Necessarily the reality of
the disease lies before the codification by the science and it is up to the political level to set up appropriate
care services while waiting that the science is doing its classification work.

Otherwise, as today, the exemption and all the rights to a care are granted only to acknowledged "rare
diseases", while the not yet codified and acknowledged diseases, although rare in fact, have no rights.

The safeguarding of health is an individual right, by now enshrined in many constitutions and by many
international organizations, and independent of the specific diseases affecting the patients. A better quality

of life would be possible nowadays also for many rare patients: this requires correct and specific
institutional decisions by political and social systems.

We therefore call upon the European Commission in Brussels to ensure that:

1. the proper attention is granted to the problem of rare diseases not yet acknowledged in Italy and to
the discrimination faced by patients who are affected by these non-acknowledged diseases;
2. an official solicitation to the Italian Government and Regional Governments is sent by the Commission,
so that the List of Acknowledged Rare Diseases is updated rapidly either on a national basis or on a
regional basis, and all the new rare diseases, reported by the scientific community and by the patient
associations and still waiting for acknowledgment, are finally assigned an Exemption Code and granted
to access to all the protections and the care services provided by the DM 279/01 for all the rare
patients;
3. an official solicitation to the Italian Parliament and Regional Governments is sent by the Commission,
so that during the process of definition and discussion of new laws for Rare Diseases, a proper
attention is also guaranteed by regulators to the important topic of the acknowledgment and
exemption of new rare diseases. The official acknowledgement of any new rare disease, and the
consequent assignment of a Code of Exemption by the Ministry of Health and by all the Regions must
become a simple procedure in Italy, fast and automatic, based only on scientific and medical evidences
and not on the affordability of the health expenditure, so that no rare patients are discriminated any
longer having to wait years before their own right to a proper health care is acknowledged (Article 32
of the Italian Constitution). An adequate patient representation should be involved in this process.
4. a debate is launched at European level in order to identify common guidelines for the
acknowledgement of any new scientifically identified rare diseases by all the National Public Health
Systems, for the adoption of a unique encoding method for any new rare diseases and for the
subsequent taking in charge of these diseases, as homogeneous and effective as possible all over the
territory of the European Union. 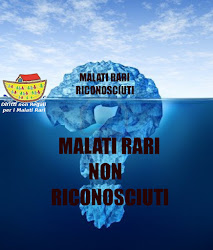